If Not for the Godfather Jim Baer, PIKE and Block “O” President 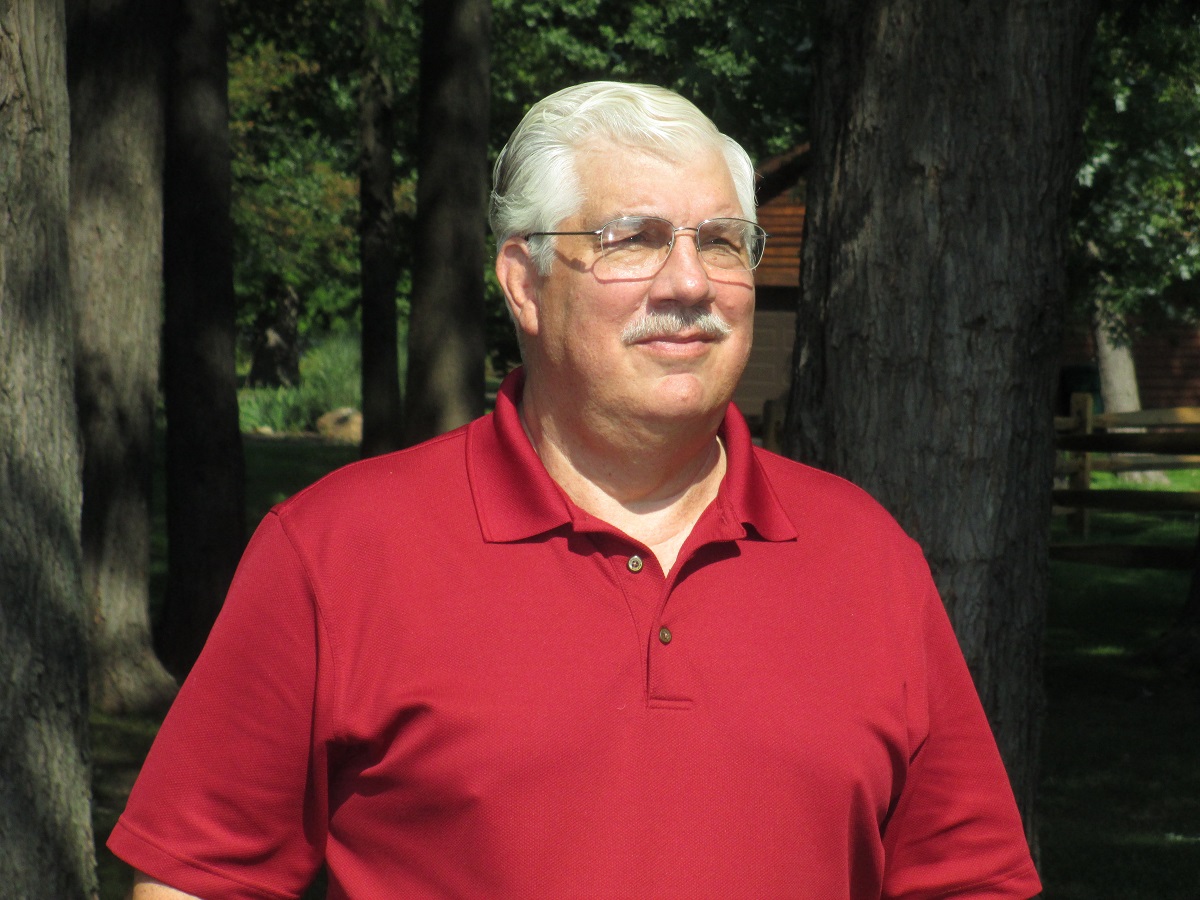 He’s not the kind of Godfather who would put a horse head in your bed. He’s the good kind of Godfather. The one who watches over you and makes sure you are loved, that you are successful. If it hadn’t been for Brutus’s Godfather, our beloved mascot would likely not be EVERYWHERE, at sporting and community events, in commercials, on College Game day and the like. Brutus would have just been a fun idea that fizzled.

After all these years, the Godfather’s name is finally being revealed. He is, drum roll, James B. Baer. Or Jim to his friends.

If you are a Brutus fan, you’ve likely seen the photo Jim took of the big round ball that wandered onto the field at halftime of the OSU Homecoming game vs. Minnesota, 1965. 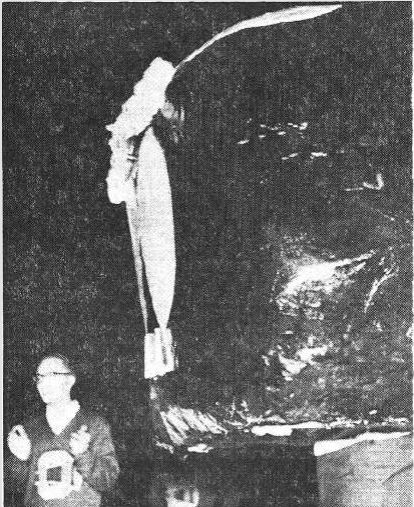 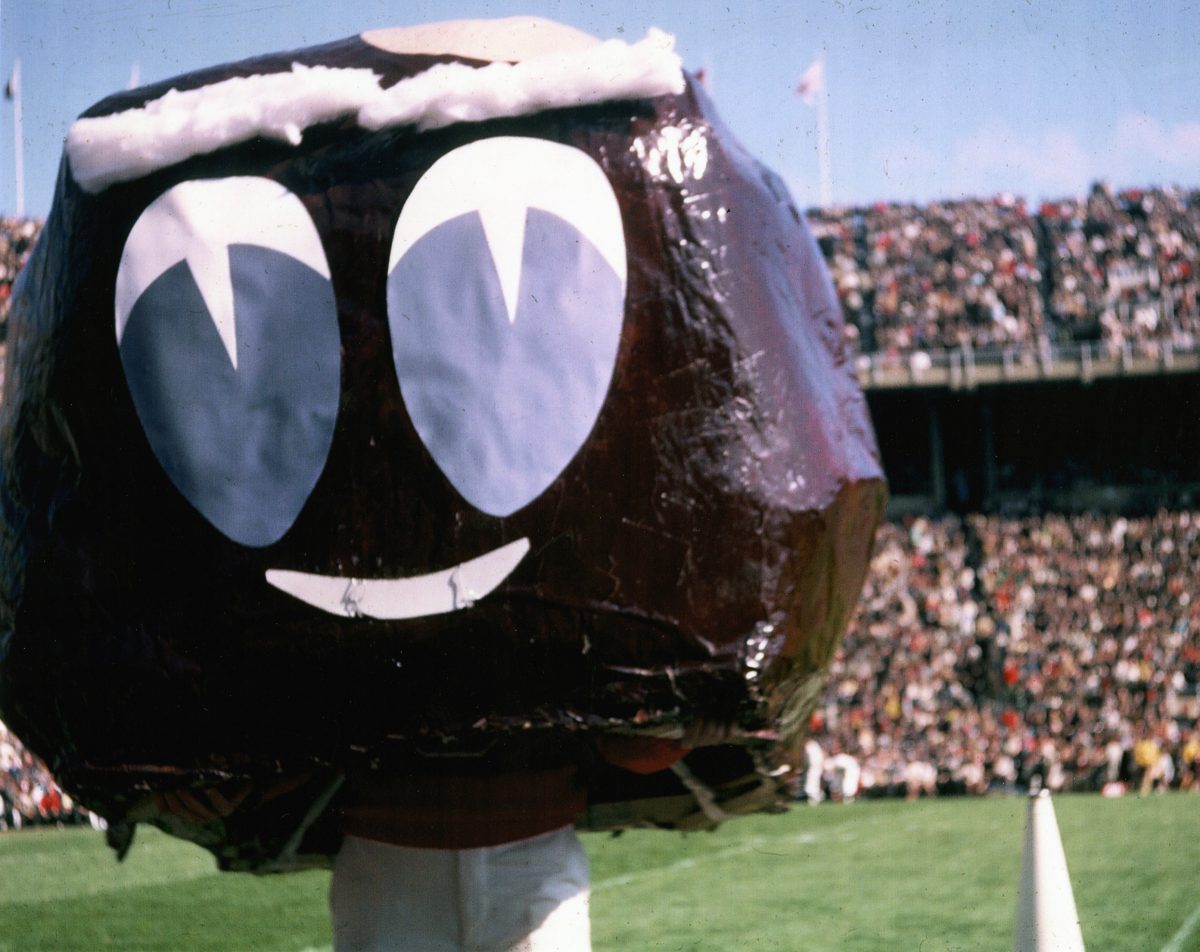 How did Jim get such a good photo of our dear Brutus? He wasn’t a photographer for The Lantern, the Columbus Dispatch, or any other print media. But he was on the Equipment team of Block “O.” Looking official in his white Block “O” sweater and white pants he freely wandered the sidelines of a game. Like the rest of the fans that October 30 day, Jim was surprised by “someone walking around with a big brown thing on that looked like a buckeye with eyes” rambling onto the field. But unlike the rest of the fans, he was touting a cast-off camera given to him by his Aunt. And he was on the field. Close up. Snap.

But that’s not why I’ve dubbed Jim as Brutus’s Godfather. It’s a semi-long story, so get cozy.

As a regular member of Block “O,” Jim would have had no “uniform.” Members wore red or white plastic capes to display the red O inside the white block. During the practice session before the first game of 1965, Block “O” announced to its members that persons interested in being on the Equipment Committee should meet after practice. Our extroverted engineer volunteered and was promptly told to get white pants and affix the Block “O” insignia to a white sweater.

After a season on the equipment team, Jim moved up to Equipment Chairman and became part of the Block “O” leadership. After the first game of 1966, Jim recalls that someone in Block “O” said, “Where’s Brutus?” Godfather Jim remembered that most of the cheerleaders were Pi Phis, so he put in a call to the Pi Phi house. This was when no one had cell phones and sorority sisters had “phone duty.” Jim’s call got through to “a cheerleader.” Jim and the Pi Phi arranged for a transfer of the fiberglass Brutus head (which debuted at the Iowa game in 1965) from the cheerleader’s storage space under the Horseshoe to Block “O’s” space.

Another piece of the story goes like this. Jim was a Pi Kappa Alpha (PIKE). When the Brutus head transfer was being made from cheerleaders to Block “O,” a fellow PIKE Tom Sherer “was anointed” as Brutus.  The following year, Diana Mason, Block “O” president and dating a PIKE, snared PIKE Al Kundtz to become Brutus. Godfather Jim rose in the ranks of Block “O” and PIKE to become president of both organizations. Al Kundtz recruited Dave Hocevar and other PIKES to do the honors, thus solidifying the transition of Brutus’s “inner selves” for several years.

The Godfather also saved Brutus from the brink of extinction when Brutus was inadvertently left at the Columbus Airport following the wonderfully stunning victory of OSU over USC at the January 1, 1969 Rose Bowl. But that’s another blog!

Jim Baer is a great steward of history. He is working with Kevlin Haire at OSU Archives on Block “O” history. Jim didn’t realize decades after the 60’s that he had an important photo of Brutus. With the urging of his son, he donated the photo to OSU Archives. 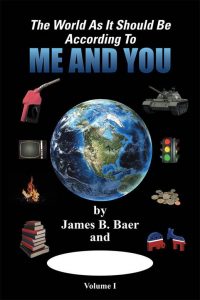 Jim is also nonstop creative. I bought his book, “The World As It Should Be According to Me and You: Volume I” from Amazon.com. He invites the reader to co-author the book with him. Chapters 1 – 25 have pieces written by Jim followed by lined pages for you, as co-author, to add your thoughts. The pieces are, how you say?, provocative. Irascible. Gets your creative juices rolling. Then Chapters 26 – 35 are totally lined blank pages for your creative self to share your own pet peeves and observations on life. Kind of a fun thing to pass on to your heirs. Or just to fill your time in isolation during COVID-19.

My favorite idea of Jim’s is for someone, but we don’t know who, to create a cardboard iteration of each of the historical Brutuses in the ‘Shoe for our recently started fall football schedule. The idea almost came to fruition – the network showed digital photos of the evolution of Brutus at one of the breaks.

Hats off to Brutus’s Godfather for saving him several times from extinction! And for donating his Block “O” and Brutus memorabilia to OSU Archives. It takes a village to raise a proper kid. Thank you, Jim Baer, for being such a great Godfather.