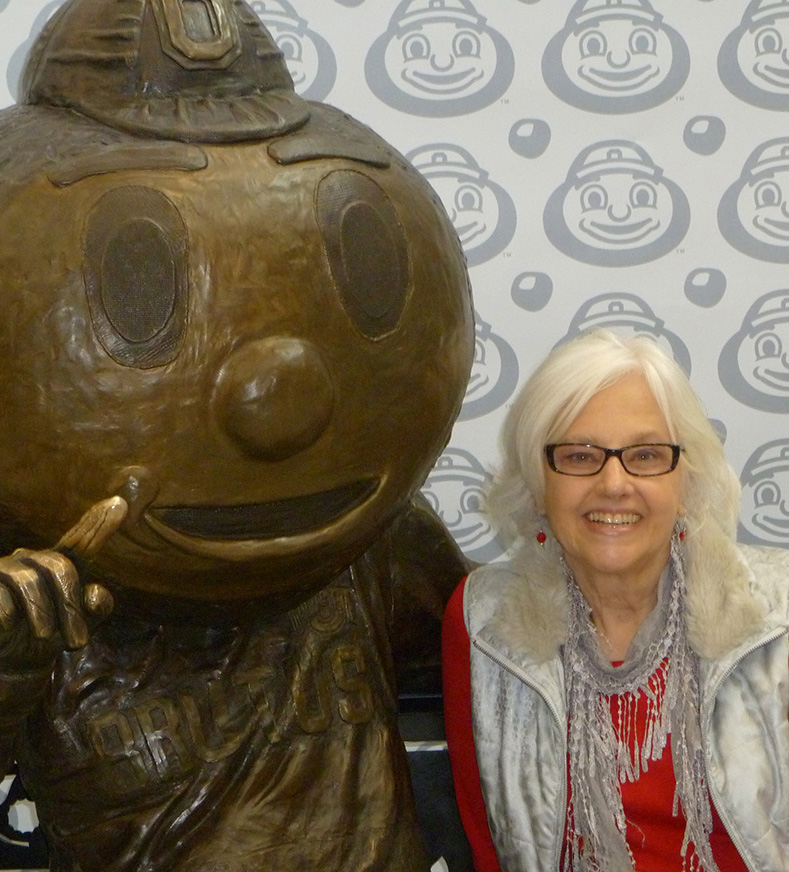 The Story Behind The Brutus Blog

In the fall of 1965, I and a few others did something that forever altered Ohio State history, and now I’m known as the co-creator of Brutus Buckeye! Fifty years later, my partner in creation and I wrote The Autobiography of Brutus Buckeye: As Told to His Parents, Sally Lanyon and Ray Bourhis. Our research for the book pulled on photos and stories from newspapers and the OSU archives as well as our own sometimes faulty memories.

The University celebrated Brutus’s 50th in a big way. On the eve of the Minnesota game, where Brutus had been introduced in 1965, Ray and I were honored at a ballroom-sized gala with Eddie George narrating the creation story. The following day, a smaller gathering of Brutus Alumni met for lunch. My heart was touched by all the former Brutuses who sought me out, declaring, “Being Brutus changed my life.”

I haven’t been able to forget their expressions of gratitude. With the advent of The Brutus Blog, I’m excited to start capturing first hand stories of the Brutus Alumni and others who are part of the Ohio State story.