The Brutus Blog is dedicated to Ohio State fans for being notoriously nuts about all things Buckeye, especially their mascot, Brutus Buckeye. The hope is that some of those fans will have their fancies tickled by information and insights on these pages, and that others will be inspired to share their stories here. 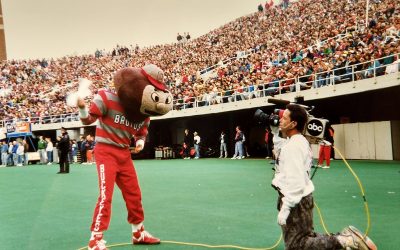 When Brutus was a “teenager” in the early 90’s, he got into a lot of mischief, thanks to Bart Suver. “The most fun prank,“ Bart recalls,  “is when I put on the Brutus suit upside down.” He put the shirt over his legs and stuck his arms in the pant legs and pinned the...

END_OF_DOCUMENT_TOKEN_TO_BE_REPLACED 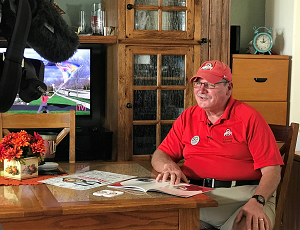 1968 was a notable year on college campuses. For Ohio State sophomore Dave Hocevar, it was the start of a lifelong involvement with Brutus and the Buckeyes. That was the year Dave was asked by Jim Baer, president of Block O, if he would assist Alan Kuntz in sharing...

END_OF_DOCUMENT_TOKEN_TO_BE_REPLACED 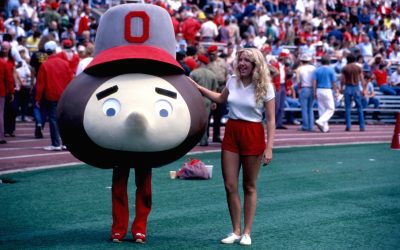 Brutus captured her heart from the start. As a high school student at her first OSU football game, Sandy Glowacki couldn’t take her eyes off Brutus and the cheerleaders.  She admits, “I remember laughing at Brutus when he would move his bushy eyebrows. I remember just...

END_OF_DOCUMENT_TOKEN_TO_BE_REPLACED 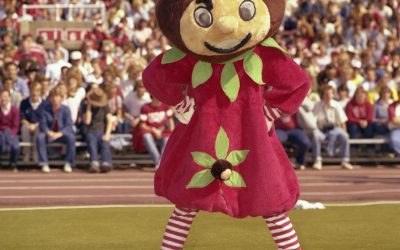 You would think that a student who had been the Bryan High School Golden Bear would want to try out for Brutus, especially one who had been an Ohio State fan long before she enrolled. This student, Mary Burnett, did long to be Ohio State’s mascot, BUT (imagine a big...

END_OF_DOCUMENT_TOKEN_TO_BE_REPLACED 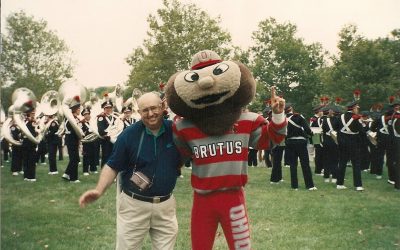 At the end of his freshman year at Ohio State, Doug Congrove’s parents, Joanna and Gary, looked at his grades and said, “You need to stop having fun. You did so well in high school.” Indeed, he had been a standout at Jackson High School in southern Ohio. An Eagle...

END_OF_DOCUMENT_TOKEN_TO_BE_REPLACED 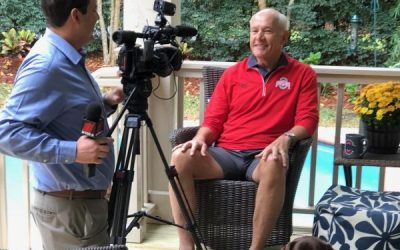 Will the Real First Brutus Please Stand Up?: Mike Caporal, 1965

Sometimes you have to be in the right place at the right time. It seems that Mike Caporal was just that when it comes to Brutus Buckeye. For years, Mike Caporal's role with Brutus was unknown. Mike, a Sigma Chi, lived in the Stadium Scholarship Dorm down the hall from...