Brutus Kindness Club – Brutus Dots the “i” in Kind 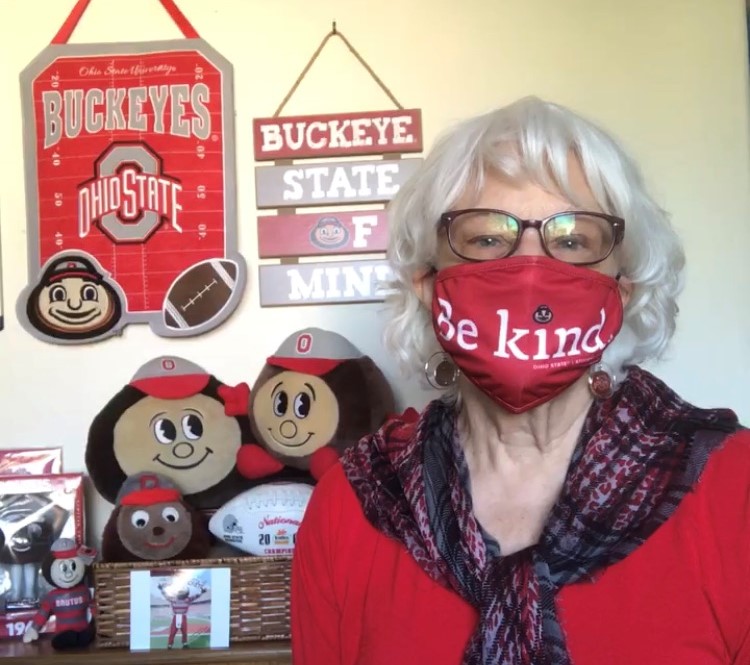 Would I like to kick off the Brutus Kindness Club?, asked Tracy Stuck of Ohio State’s Student Life in a letter with two enclosed Be Kind masks. Indeed I would. What an honor!

The request included a prompt to write a letter of appreciation to someone who had supported my Ohio State journey and to send them the second mask. 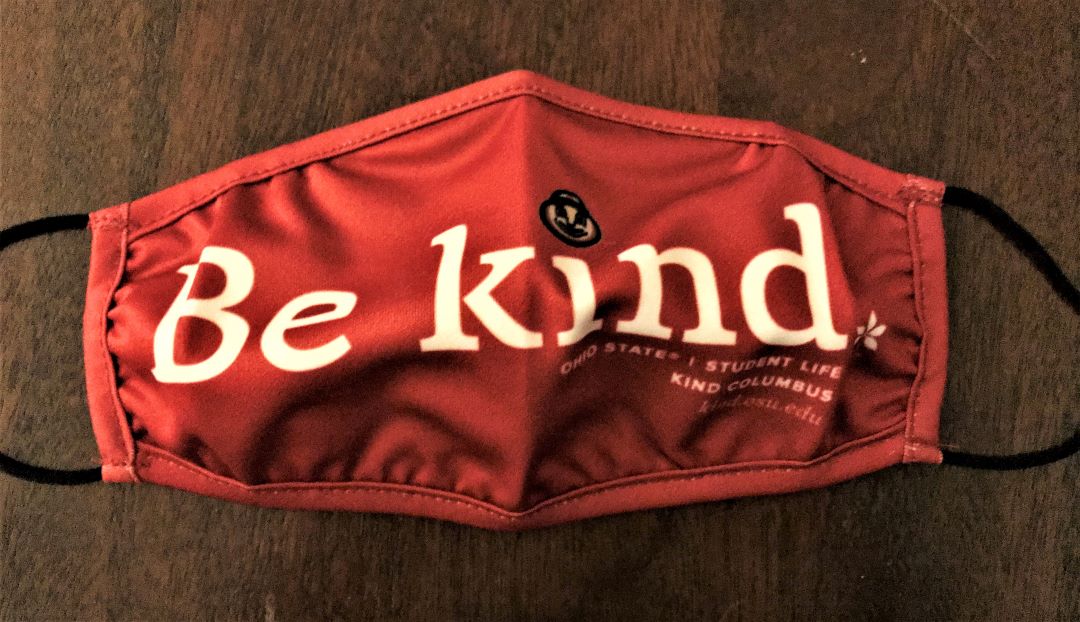 As memories flew across my internal screen, I kept coming back to one standout– journalism professor Walt Seifert. When I was about to graduate, I was selected to be the Student Response speaker for the March, 1967, Commencement. I knew Professor Seifert (or as everyone called him, Walt) was a sought-after public speaker. At least, that’s what he told us in Journalism 617, a Public Relations course. I approached him after class to see if he would be willing to give me feedback on my speech draft. He was graciously willing, even though I wasn’t one of his PR majors.

Walt gave me valuable feedback on the content and delivery tips for the speech. But that’s not all he did. I knew he regularly hooked up “his” PR students with local firms for internships and jobs. He asked me whether I had a job lined up yet after graduation. “No,” I explained. There wasn’t much out there for a B.A. in Sociology. He said he knew just the job for me. One of his graduate students, Bob Dilenschneider, was New York bound, so he arranged for me to interview with Bob and others at the Ohio State’s Center for Vocational and Technical Education. My instructions were to take my resume, which he helped critique, and go to 980 Kinnear Road at 2:30 on the appointed day. I got the job as Editorial Director and Bob went on to fame and glory in the PR world.

Helping to launch my career would have been adequate kindness to “nominate” Walt for the Brutus Kindness Club, but there is far more to the story.

Of the mounds of paperwork I have held on to over the years (yes, a paper hoarder), I believe I have only one notebook from my Ohio State classes. That notebook is, you guessed it, from Journalism 617. I couldn’t bring myself to part with so many golden nuggets of wisdom.

I took six pages of notes on R-A-C-E. I clearly remember Walt drawing a baseball diamond on the blackboard, yes, with chalk. First base was R, for Research. Second and third were Action and Communications. But to really do the PR job well, you needed make it back to home plate with Evaluation. The R-A-C-E acronym has guided every single job I’ve held over the years, volunteer or paid. I hit many home runs over the decades.

Walt wrote his Rx for Happiness on that classroom blackboard:

Something to Look Forward To 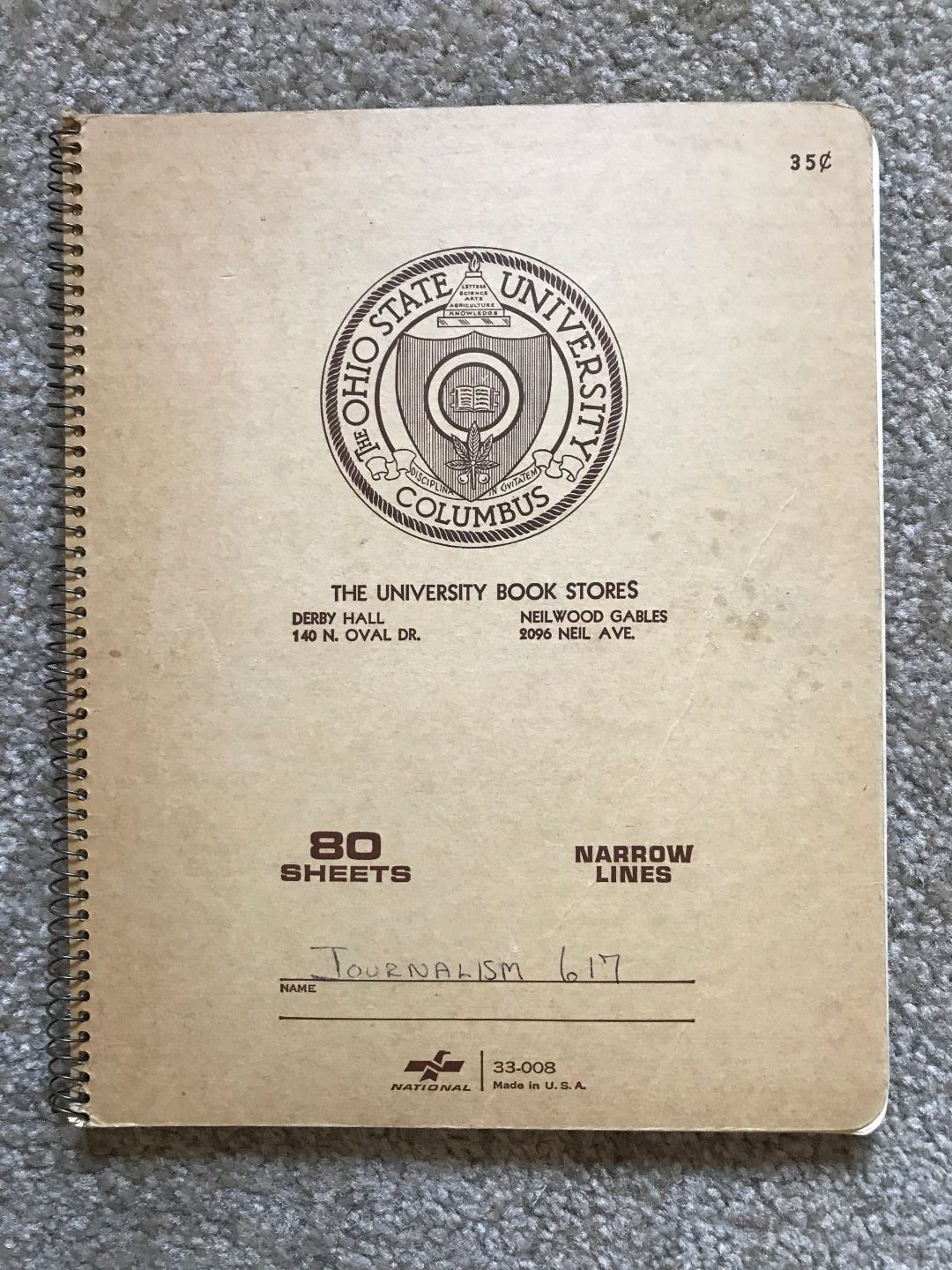 That ditty, shared with friends on many occasions, also helped me through many personal down times and kept me up during up times.

The last five pages of my class notes are all one-liners from Walt. I’ve listed a few here:

On that last quote, Walt did have a lot of personal experience. I found his obituary and a few articles about him. He had PR jobs in New York and Columbus before he came to Ohio State. He did, as he claimed, give speeches all over Ohio to professional and charitable groups. And he served on professional and volunteer committees and boards.

A final piece of advice I took from Walt was to “be active in your professional organization.” His was PRSA, Public Relations Society of America. He was one of the national founders of the student chapters, PRSSA, in 1968. Testimony to his impact is at least twofold: the Ohio State PRSSA chapter is named for him and the Walt Seifert Outstanding Service to PRSSA Award is given annually to a student by the PRSA of Central Ohio. Though I don’t have an award named for me, I did profit from being active in my professional societies at local and national levels. I made contacts with other professionals in my fields (training, first, then Lean Six Sigma) and up-leveled my skills by serving on committees, and attending  and presenting at conferences. Walt’s advice was pure gold for me. 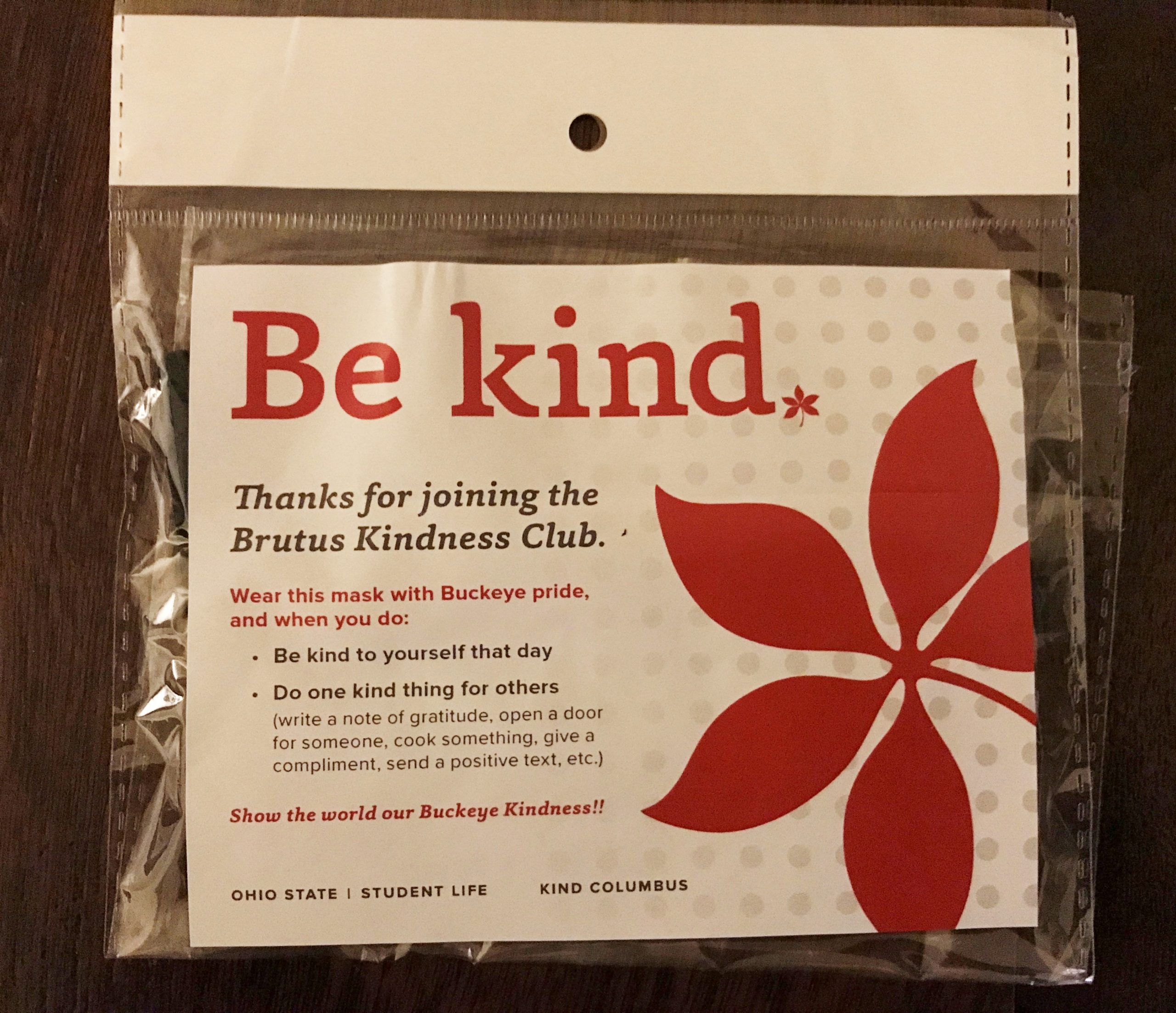 Unable to send the Be Kind mask to Walt, I’ve tried to locate his daughters. When I do, I will send them the mask. I love the card enclosed with the mask. “Wear this mask with Buckeye prides, and when you do: Be kind to yourself that day; Do one kind thing for others. Show the world our Buckeye Kindness!!”

The letter I received from Tracy Stuck asked me to post a short video to my social media account with the hash tag #BeKind. Here’s a link to the video on Facebook! Brutus Kindness Club Video

Hat’s off to Student Life for involving Brutus in the Be Kind campaign. As Tracy Stuck says, “Who better to dot the “i” in Kindness than Brutus!” My fiberglass version of Brutus, debuting in 1965, had a button nose and a smile. He is meant to be happy and bring kindness to the world.

Now it’s your turn. Be Kind.